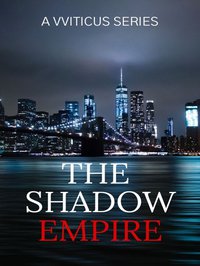 Centuries after Jade Quinn's husband, sister, and coven were killed in the Salem Witch Trials, she attempts to move on with her life by owning and working at a bar frequented by supernatural. Though she's adamant about staying alone for the rest of her eternal life, a random run in with a sexy, mysterious man may ruin her carefully crafted plans. Unless someone else ruins them first.

If there's one smell I'll never be able to forget, it's the smell of a burning corpse.

I knew something was wrong even before I returned home. I'm not well—acquainted with psychic practices by any means, but there are certain moments in time where my insides twist and solidify.

Those moment, rare as they are, mean something horrible is coming, just as sure as the sun will rise.

When I first get that heavy, dead feeling in the pit of my stomach, I try to ignore it. For all I know, Lizzie's stew was the reason behind the slight ache. As much as I love my sister, and despite her brilliance in making other concoctions, cooking food is not her forte.

I continue picking bergamot flowers by a creek some ways away from our house. It's not a particularly close walk, but this creek is home to the most beautiful patch of the wildflowers I've come across in the last few decades. With Tobias and my anniversary today, I sought to pick a bundle of them. I couldn't quite remember what number anniversary this was—we've celebrated enough to where it no longer made sense to keep track—but I still knew today was the day, which of course meant I had to give this particular type of flower to Tobias tonight. In fact, I was surprised that I didn't cross paths with him on the way here or see him at this very creek.

That has to mean he already came by earlier in the day to get them.

The tight feeling in my abdomen intensifies gradually as I pick as many flowers as I can hold, and I can no longer ignore it. I start off walking back home but walking quickly turns to jogging and jogging escalates to sprinting.

It's not dignified, not in the slightest, and I'm sure townsfolk will gossip about it the next day, but that's nothing to be concerned about. It's not like my sister and I fit in well anyways, try as we might. They can sense something amiss with us, and they aren't wrong for it.

When I see smoke, I run so fast, the petals rip from the stems I tightly grip—now from fear, not preservation, leaving a trail in my wake.

The trail of petals stops when I do, when the bundle of stems hits the autumn—leave coated ground.

When I see my sister's house burning to the ground.

The motions for the spell come easily, frantically, my hands coming together in a prayer position, extending away from my chest, before sweeping laterally as I kneel to the ground. Ordinarily, I wouldn't have to use such complex movements to put out a fire, but this is no ordinary fire.

What was once a small, rectangular home now retaining no shape, the stone walls crumbled in piles, the blazing fire only fueled by what remained inside.

They fire begins to die down, but while I'm kneeling, my eyes hyper—focus on a patch of fine, brown powder, so at odds with the orange leaves that rest on the ground. No, the powder isn't arranged in a patch.

I jerk my head to the side, my eyes following along the ground, only to see that it is indeed a circle of the powder, lined all around the house.

And it's not like witches, especially in Salem, run around telling human witch hunters how they can obstruct our powers.

I scoop a sample of the powder in my finger, the fire almost put out at this point and I expect Lizzie to come bounding away from the ashes, giggling about how foolish humans are, but that doesn't happen.

Because when I bring the crushed powder closer to my face, I gag at the stale, urine—like scent that can only be hemlock.

Horror, ice—cold washes over me, chilling me to my bones. I jump to my feet, kicking away a section of the circle so the magic blockade is broken.

With each step I take towards the soot—cloaked stones, another putrid smell assaults my nose, only worse than the hemlock. I have to press my lips together to stop from hurling as I flick my hands side to side, sending stone after stone clattering away from the piles of rubble. It doesn't cross my mind at the time to look and see if there are humans nearby watching, but it doesn't matter. If Elizabeth is dead…

I don't let myself finish that thought, not until there's concrete proof that she was in the house.

I get that proof, when I send a large chunk of rubble to the side. The horrible smell is amplified tenfold, my eyes watering as I smack my hand to cover the bottom half of my face. Not only from the scent, but from the sight of my sister.

Or what's left of her.

Her body was broken, blackened, and completely burned to the bone almost all over. Were it not for the emerald amulet around her neck, I wouldn't have even been able to identify the body as her.

I fall to my knees, unable to peel my eyes off the sight. My body shakes from sobs, and I hear people shouting, but it sounds muffled, like my ears are stuffed with cotton and they're miles away.

I can't say how long I stayed like that, but it was long enough for ash and soot to cover me from head to toe, and the smell of death seemed embedded in my nostrils for years.

I'm not pulled out of the catatonic state until a hand roughly grips my shoulder shaking me. He says my name a few times, and when I don't respond, he pulls me to my feet.

"We have to go," he says lowly, but urgency is laced in every word.

I look up, blinking a few times to clear the smoke and tears from my eyes. Peter, a close friend and fellow coven member stares down at me, his own eyes red and puffy.

"We have to go now," he repeats emphatically, tugging on my wrist. "They know what we are. It is not safe here anymore."

My gaze shifts back to Lizzie, tears once more spilling over. "They killed her." I don't sound like myself, because I'm not, not without my sister.

He swallows loudly. "I know. They got to others in the coven as well. We need to leave at once."

"Others?" My head snaps to the side, to my own house, untouched by flame. I was so wrapped up with Lizzie, I hadn't even thought about my own house.

More specifically, who might have been in our house.

"Where is Tobias?" I ask hollowly.

Peter averts his eyes. "I will explain once we are on our way. We must leave. Now."

"Peter, where is Tobias?" I ask, my voice raising hysterically. "I will not without him."

He looks back to me, a tear rolling down his cheek. "They reached him before I could," he whispers.

I shake my head frantically, desperate to cling on to anything other than the truth. "No, no! You do not speak the truth. Tobias is a powerful warlock! They would not be able to… They would not…"

Peter, his lips trembling and face pale, holds out his fist and uncurls it. In his palm rests a golden ring.

If Tobias was alive, he would not have parted with that ring. Not for anything.

And just like that, I knew that in one fell swoop, I had lost my sister and my husband.

There aren't any words that can ever accurately encompass the way I felt in that moment. Many years later, I had tried to find them after a brief stint in therapy, but all the words in any language could never

The closest I ever came were three simple statements.

When I found my sister's body, the earth beneath me split in half.

When I saw Tobias' ring, the chasm formed swallowed me whole.

To this day, I've never resurfaced.