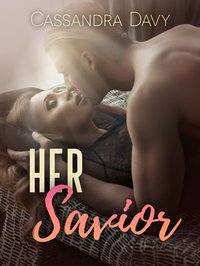 She was running away from her crime She was homeless living on her own She was in trouble hiding from her past He was a cop and was on top of his game He was the golden boy who follows the rules He was strict and meticulously protecting his past What would happen when fate decides to interfere and put the two together? I'll tell you...but you have to follow and read their story. I don't know how this will turn out, but let us all find out together. ****** Warning: R-Rated for 18+ due to strong explicit language and sexual content

Her mind traveled to her dead husband, and how she had killed him.

She was only twenty—three, she had married her abusive husband right out of college.

He was a wealthy man who runs a very successful venture. He was ruthless in his business, people feared and admired him at the same time. She knows nobody would believe her if she came forward with her accusations.

The worst part was that she had been abused even before the marriage. She was in love with him, as also her husband who would confess to her after every time he ridicules and beats her up.

These instances would happen once and maybe two times every couple of months. But her love for him vanished the day he made her lost their baby. That was the last straw. She was a broken woman, like many other women in an abusive marriage.

The dreadful day came when Benjamin came back home drunk and beat her up badly.

She whimpered as he slaps her in the face so hard that she falls, yet he was not satisfied when he continues to kick her while she shields herself with her arms.

That was the time she decided that she have had enough. She was struggling to walk but she was finally able to get the gun which she has been hiding for months but didn't dare to use it. The gun which she bought with a cash payment couple of days after she had lost their baby.

He was sleeping, sprawled on their marital bed. She did not hesitate when she finally pulled the trigger and put a bullet to his brain. Then moments after that she left the house and walked her wounded self until she couldn't take it anymore and fainted on the sidewalk.

That night she was was brought into a hospital. She was ushered in with a gurney carried by the EMTs, then hurriedly received by the hospital emergency staff.

She was unconscious. Her body was bruised and battered, her clothes were smeared with brownish color of dirt and blood. There were traces of tears mixed with dirt on her cheeks. She looked pale and lifeless.

Doctors and nurses were busy reviving her body. There were shouted instructions, and more procedural was done down at the emergency room before she was hauled up to a recovery room.

"Has the husband brought in for questioning?"

"God. Are you sure this is domestic abuse? She looked so young."

"You know we got these cases several times a year, and the cops are putting them on the back burner after all their homicide cases...we should do our best with the evidence."

"These women, I don't get why they waited so long, why they stick around..."

The nurses were whispering, talking after they got back assisting the doctors at the emergency room. They were bagging and labeling all of her belongings, tagging them to her possession. Another was scribbling her status on her already thick hospital files.

She was indeed a regular at that exact hospital, she had been seen by many doctors and advised by several counselors. But all couldn't do anything further as she had denied and refused all suggestions after all of those emergency visits.

But in the past year, she had been coming to the hospital more frequently. And one of the doctors had been checking with other surrounding hospitals. That same doctor found out that she had visited different hospitals within months, sometimes just weeks apart.

The doctor would inform her findings to her counselor. Once a police officer was brought into the meeting for assurance, but then she sobbed and trembled and they had to put her under sedation.

She didn't recollect her memory, until the next day when she finally wakes up conscious at the clean hospital bed.

"Hey, you're up. Let me get the doctor for you." An older woman in a nurse uniform said softly at her.

She was looking around her room, her brain was busy remembering how she gets there. Up until she remembered about the night she shoots her abusive husband in the head when he was passed out drunk on their bed.

"Good day... Jane, I'm Dr. Rebecca Nelson." The young intern doctor was flipping her chart. Knowing that her patient was the abused Jane Doe that she has been keeping her eyes on for the last couple of months.

"How are you feeling today?" she asked softly while taking her vitals. The kind doctor looked at her, knowing that it was her worst injury ever and that was making her worry.

"Good...I think I'm good to get back home today." The still pale—looking woman answered, with her croaked voice.

"No..." she said, after sipping the water which the nurse on her side offered earlier.

"Well, it's currently in our deposit counter, but nurse Murphy here will get some clean clothes that you can wear. But I still need to observe you for another day. Jane, please reconsider my offer?" the nice doctor patted her hand, trying to reassure her to take her advice.

It wasn't the answer that she was wanting, but she was still glad that Jane didn't say no. She will have another go in persuading her tomorrow. Maybe even get another police officer, perhaps a woman this time.

But the next day she was gone from the hospital after she could make herself stand up and tried walking around in her room. That early morning she left the hospital before the nurses do their morning rounds. She was cold but kept on walking and pushing through the cold morning air until she arrived at the nearest bus station.

She sighed and quickly walked into the terminal. People would look at her battered face but were being their normal human self, as they ignored her and carry on with their activities.

She went straight to the women's bathroom and went to the second stall from the left. She reached for the little space just behind the toilet. She was scrunching her nose and holding her breath from the odor while feeling for the key that she taped there. It was a relief when she finds it, then she quickly retreated with the key and rest her ass on the closed toilet seat. She was trying to get her strength back before she goes to the station's public locker area.

She could feel her body ache all over, her left arm was bind and was in a cast. The doctor said they had to put a pin inside since she was still healing from the previous injury. They were making sure that it would heal nicely, and that she would not injure that same arm easily. The doctor also said that she should get back for a check—up next month.

She had done her research, she had been preparing herself to be on the run. She had been scheming her allowance and putting her cash, and personal belongings in a duffle bag and put them in public lockers at several bus terminals and train stations. She was doing it gradually, as she was doing her daily errands outside the house. She was trying not to evoked her husband's suspicion.

She had also bought a used car and told the shady dealer to keep it under someone else's name, which then she paid extra for. She had been preparing for months until that night finally came and her life was abruptly turned for the worse.

She was on the run.

She was all alone.