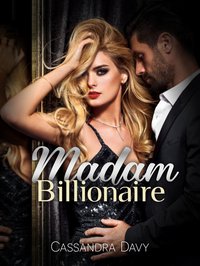 I needed this. I need to let go. She thought as she tried to justify her sexual feelings towards the sexy beast tangled to her body. "Stop me..." Matteo whispered harshly in her ear, but she was moaning to his kisses and was letting him take off her dress as he lay her down to the bed. He groaned when he saw her slender body which strangely aroused him more than those voluptuous stripper bodies that he had grown accustomed to. "Amara, baby..." ***** She's the daughter of one of the most influential families in the world. She grew up as one of the richest trust fund kids, and she lives a very lavish and luxurious lifestyle. But what people didn't know was the truth of her bloodline. She's the love child, of one of the richest men in the world. She was daddy's little princess. All three of her biological brothers, the true heir of her father's wealth hated her. His wife, her fake mom despised her, never acknowledge her existence unless it was for social occasions. This is a story about the richest, deception, love, humor, hate, heartbreak, and all the drama you can fit into a book.

"Amara! You are the 'it' girl! Obviously, he's that upset that you turned him down. But seriously, we girls need to stick together."

The blonde expensive—looking young woman asked me while pouring herself another glass of champagne. This girl… she seriously needs to join green peace and save mother nature. Her jet millage was polluting the earth.

"Let's try one of those Aquadome hotel thermal spas in Austria, my Meg's need a break from me."

She laughed hearing my flimsy excuse.

"Olga, she needs you to unlatched and gives her some space. She's like your second limb, I'd see you getting her drunk several days a week at Players."

Okay, I might be at fault with Megan. But in my defense, she was the one who kept on agreeing with me.

"Austria it is then, I also want to try the blue lagoon again, last time was pretty crowded with the holiday season. This time hopefully should be good."

Amara was typing on her latest iPhone model that I've never even seen before, she was gesturing me with her expensive manicured fingers silencing my words as she was connected to her trusty personal assistant.

Seriously, a college kid having an assistant is a bit too much don't you think? But I was in for the ride since I needed a getaway too.

"…hey, Olga? How many bodyguards will you be taking? I'm booking the rooms."

"Just put in two, hopefully, I could go with just one. I've to check with my overbearing brother dearest."

She laughed but then was back on her phone, giving more instructions to the other line.

Amara has always been nice, a bit spoiled rotten obviously, but she was one of those who never speak of her wealth in anyone's face.

But I guess she didn't have to because she already looked like one. Seriously this girl looked like a million—dollar, well I think she's definitely worth a couple of billions but we never discuss one's net worth.

We have been buddies since the first day of school after my mob daddy hauled my ass out of Russia. I remembered looking at her expensive designer backpack and diamond earrings. She was looking very posh, yet she offered me a very bright pink encrusted diamond flask when I cry in the little girls' room after being teased cause of my Russian accent.

And that was the first time I tried a rosé, it made me cough. Making her laughed then teased me for being such a Russian.

"Okay, everything is set, now we just have to make sure to get our stuff ready. The jet should take us directly there, Peter is arranging everything with the pilot saying something about permit since we're departing from Vegas…"

One of these days, I'll get her to go backpacking across Europe and travel like the rest of the population.

"But I love him…" she was drinking her three thousand dollar bottle of champagne and start crying as again at the same time.

"Amara, I told you before and I'll keep on telling you. You will have him if it's meant to be. Just chill woman, it's not the end of the world. Just pick yourself the most expensive toys while we're here and you're set." I winked at her while pouring another glass of vodka for myself.

"My god Olga! You're a genius! Toys! Of course, we're in freaking Vegas! Eh… can we get stripper too?"

"Yes! Absolutely! Get the whole circus, this freaking penthouse is too huge for the both of us."

"You do realize that we can do this from the comfort of your own penthouse right?"

"Olga… I know I'm not supposed to brag, but it's you, and you know me. And I'm just freaking bored with my life. I need my ups and downs. I need to feel… I don't know… what do ordinary people feel?"

I chuckled at her words.

"Ahhh… the fear of the rich. The numbness."

Room service arrived fifteen minutes later and leave after he sets everything on the coffee table. He grinned when he looked at the hundred—dollar bill that Amara gave him as his tip.

Little did she know, her wish would definitely come true. That her world would crumble and she would wish that she was back to her previous numb billionaire lifestyle.